Greetings from the Foundation

At the last Board Meeting, we voted to give the extra money that was raised by the free will offering at the “Crazy Finger” concert to the foundation fund, it amounted to about $400. Wasn’t that a fun concert? We have the pleasant job now of deciding what charities we are going to give to and how much for each one. In looking at the places we have given money to in the past and adding new places, we have come up with these 10:

These are the places that have been suggested, and we are open to ideas from all of you. Thank you again for all the help with our fund raising at the Silent Auction.

Greetings from your Social Director 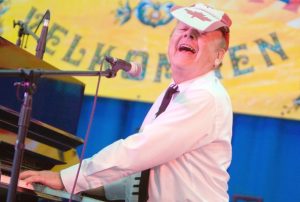 Wow, what a performance by Gordy “Crazy Fingers” Lindquist. I do not know the number of folks who came but turnout was great! I hope you had a chance to hear him. What an entertainer!

He will be coming to Park Rapids in the fall. I am entertaining the idea of carpooling or a bus to go hear him again. Let me know if this might be something that interests you.

We will be having our float in the Water Carnival Parade on July 16. Help, we need riders! We were scheduled to ride at the Turtle Days parade in Perham last week, but unfortunately had to cancel due to lack of riders. This was disheartening as we missed out on a great opportunity to spread Sons of Norway news. Give riding in future parade some serious thought.

On July 11, our next meeting we will meet in the city park. First of all, come for Habitats brats, burgers and hotdogs in the shelter, then in the adjoining shelter about 6:30 we will have a short meeting (Joe promises) then have dessert before going over to the band shell for entertainment sponsored by Holmes Theater.

I am asking those of you whose last name begins with an A thru N to bring a dessert to pass. (Last year it was the end of the alphabet folks who furnished our treats.) This should be a fun relaxed night for Sons of Norway, Come join us.